Ka Hang Leoungk is the Happy Acupuncturist. It all began as a hobby (away from pinterest) based on her experience as an acupuncturist and city dweller surviving the pleasures and complexities of London.

Ka Hang started The Happy Acupuncturist Blog to spread the wonder of acupuncture and provide a place of reflection. In short this is a place to remind us all to live with intention – mindful living with acupuncture. Read more about Ka Hang here. 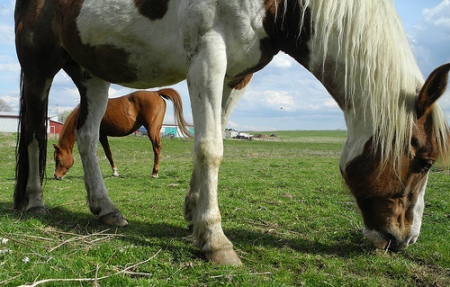 
While I am recharging my batteries on holiday, I’m going to share two of my favourite articles. This second one is from the blog that you may have missed.


I have been embracing my culture. More precisely I have been trying to read the historical novel Three Kingdoms which is widely popular in China and neighbouring countries. Think King Arthur but older and grander.


I remember one Korean 12-year-old re-enacting excitedly a scene which involved sending covered boats down a river in the dark of night, camouflaged by mist. The enemy, thinking they were being attacked, aimed all their arrows at the boats and let fire. The boats were eventually recovered by the good guys, which were now completely covered with arrows they so desperately needed. This was one of the turning points for their fortunes and an example of strategy genius that has made many boys (and men) go into slight crises.


I had no idea what he was talking about.


So now, after almost a decade of trying, I’m finally midway through the book. I have been lucky enough to find a very good English translation (which is oh so important) and despite there being 15 characters introduced in the first chapter alone (some with other names they sometimes go by) I have to admit it’s been quite good so far.


To be honest, I dusted this book and gave it another try this time because there are just too many epic martial arts movies that are based on these events. There have been two which are particularly well choreographed with enough horsemen to scare off the “Lord of the Rings” series, but everything was just too complicated without any knowledge on the history behind it. So, bring on the original novel!


In chapter ten, Kongming, a counsel for one of the good guys (Liu Bei) was fighting off criticism for why his side hadn’t overthrown the enemy if they were as good as they said they were. Liu Bei’s men and resources at this point were vastly outnumbered by Cao Cao (one of the bad guys) and they were covering ground at a snail’s pace. Kongming retaliated:

“When a man is gravely ill, he must be fed weak gruel and medicated with mild tonics until his internal state is readjusted and balanced and his condition gradually stabilizes. Only then can meat be added to his diet and powerful drugs used to cure him. Thus is the root of the disease eradicated and the man’s health restored. If you do not wait until breath and pulse are calm and steady but precipitately use powerful drugs and rich food, the attempt to cure the patient is sure to fail.”


This brilliantly summarises the theories of Chinese medicine (and strategies of warfare so it seems) but it can also be applied to other things.

The main concept is not one of wait and bide your time, but of building a strong foundation:


Nowadays with the constant access of information available 24/7, people’s perception of time seems to be somewhat warped. I get frustrated if I’m still waiting to be connected to a customer representative until I look and see I’ve only been on the phone for 54 seconds. I’ve spoken to people (not my patients) who don’t think that acupuncture / TCM / massage / physiotherapy / (delete as appropriate) worked for their chronic condition when they’ve only had two sessions.


Sometimes we should just take a step back and realize that a house built carefully and with consideration is the strongest house on the street.


How else can you apply this thought to everyday situations? Let me know, and if you enjoyed reading this, feel free to forward it on.

I welcome links to my blog or to any of my articles, but please do not copy my written material or photos.